A personal retreat for adults toward a life of flourishing and meaning.

Find your path to a life of meaning.

As a human person, do you:

Change your life (and the lives of others).

Book a Retreat
Why do our retreats matter?

Why We Exist • Why Our Retreats Matter

Why Our Retreats Matter

We know you want to live virtuously and with meaning.

In order to achieve this goal, you (and your team) should experience a personal formation journey.

Living without answers to life’s most enduring questions can leave you adrift and filled with doubt.

And the people and communities in your life can suffer.

No one should feel this way personally or professionally.

We know that sense of drifting, of questioning the meaning of our one life.

We know the discomfort of a community operating without a shared understanding of goodness and virtue.

See how the process works

That’s why we’ve spent years building a program to help people on their personal formation journeys, and help organizations lead with character.

First, schedule a consult so we can understand your needs.

Then we will help you prepare by arranging a retreat program for you.

Finally, begin your journey by sponsoring the retreat and bringing it to life.

Stop the wondering and start the questioning, and find the path to a life of meaning, for you and your community.

Here's how it works:

The goal of our retreats is to shift our moral mindsets in order to pursue the good toward a life of meaning.

We will explore the moral virtues informed by the world’s wisdom traditions in order to stay on a path to living virtuously.

You will receive a satchel of materials to launch your journey: 6-7 books, a writing journal, and drawing & writing pencils and pens.

Through a combination of readings, music, art, drawing, and other activities, we will prepare to gather.

And with the help of our facilitator/guides, we will discuss, listen, explore, interact, reflect and journal with a group of fellow travelers.

Our retreat together will be in-person for 3 days or virtually part-time over the course of 8 weeks.

Meet the Guides who will get you started on your journey.

Tamera L. Miyasato, Mdewakantan Dakota, was born in Yankton, SD and grew up on the Pine Ridge Indian Reservation and the Flandreau Santee Sioux Reservation, where she is an enrolled tribal member.

She is the Director of Operations for The Liber Institute and has extensive practice working with American Indian communities. She is the creator of the Woope Sakowin in the Educational Setting, which is a holistic school improvement framework based on the Seven Laws of the Lakota.

She is the co-founder and director of Indigenous Storytime, created in response to the COVID-19 pandemic to provide wakanyeja (children) with continued access to indigenous language and culture. Tamera has worked with renowned filmmaker, Chris Eyre, as well as conducted community outreach, and public health education to promote healthy lifestyles and awareness of traditional Lakota practices.

Tamera shares her work with educators across Turtle Island (United States) through speaking engagements, professional learning workshops, and educator coaching. A graduate of the University of Notre Dame, currently, Tamera is a doctoral candidate at the University of South Dakota. Tamera wants to be remembered as a good relative in all aspects of her life. She strives to be a compassionate leader who offers an Indigenous perspective to education.

Her prayer is for her son to carry on this legacy as a strong, resilient Dakota which has been passed down through her ancestral lineage. 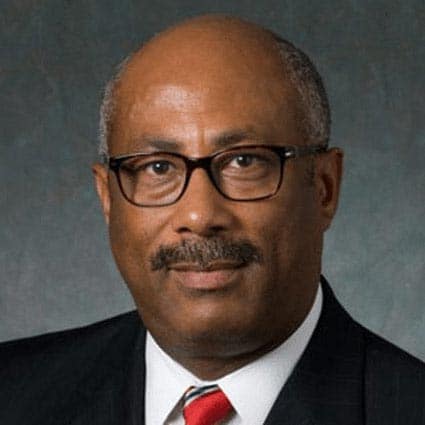 At the National Center for Fathering, Bernard served as Vice President and Urban Director. Bernard completed a two-month field research journey to West Africa to study the fathering heritage of African American men for an unpublished book.

Bernard was presented the Vision Award for his “pioneering work in educating men on the importance of fatherhood” by the Morehouse College Research Institute. Bernard was honored as Kansas City Royals “Father of the Year” and served as a member of the NFL Kansas City Chief’s counseling team. Bernard has been working with several national organizations on the integration and intersectionality of theology and the emerging neuroscience research.

Bernard is a trained Spiritual Mentor/Director, and he has taught classes related to “The Psychology of the African American Family”, and “Trauma, Resilience and Neuroscience.”

Bernard has consulted and keynoted national and regional conferences, and conducted professional development to higher education, K-12 institutions, and many national organizations on a wide range of leadership, diversity, trauma and neuroscience.

Bernard is the widowed and proud father of a daughter and three sons, and four grandchildren. The underlying passion of Bernard’s mature adult life has been the understanding and pursuit of personal transformation – the unfolding of the true-self associated with a journey of awakening.

Bernard wants to be known as an instrument of peace and healing for his children, and for all people who have been severely traumatized—emotionally and psychologically damaged by systemic oppression, hatred and dehumanizing behavior.

His aspiration is to be a healer of human souls!

Bernard wants his wonderful four adult children and four grandchildren to dance like their ancestors—in their authentic, creative brilliance! 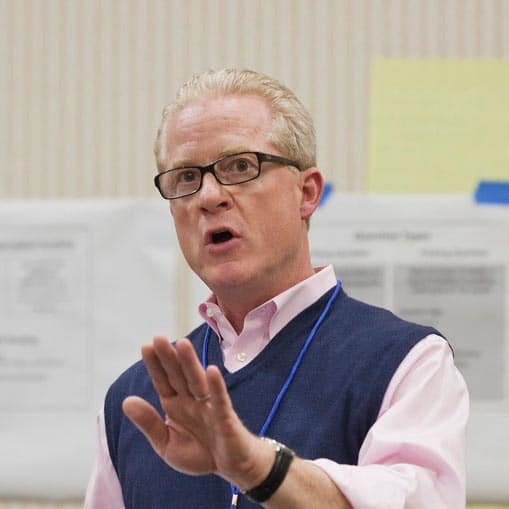 Tony Klemmer received his Ph.D. in Humanities from Salve Regina University. His doctoral work focuses on Moral Coherence in the Modern World. He graduated from the Harvard Business School, and served on the Executive Committee of its Alumni Board, and has a BS in Economics from the Wharton School of the University of Pennsylvania.

Tony is the Founder and President of the NAATE Program focused on delivering intense residential programs of advanced learning to high-performing K – 12 classroom teachers and school leaders across the country. He also has founded Wisdom for Good, a retreat program for adult personal formation.

He helped start several high tech companies and developed distribution networks in Europe and ran Asian sales offices, as an officer of a multinational technology company. In 2011 he was named to the inaugural cohort of Pahara/Aspen Institute Teacher Leader Fellows and serves as an Aspen Global Leadership Network Moderator. He previously served as Assistant Headmaster of Portsmouth Abbey School.

Tony has been a Lecturer in Management at Yale University’s School of Management, and taught Production and Operations Management in the MBA program at Babson College.

Tony serves as the Senior Advisor to the Center for Equity in Urban Education at Elms College, Chicopee, MA.

Tony is the father of four grown sons, married for 38 years. Adult education has been his calling for the last almost 20 years.

After a doctoral thesis on living morally, he has pursued this quest to the present time. He hopes to count more friends than enemies and more good things said about him, than not.

He holds onto his long marriage, his four sons (and now two daughters-in-law), and his extended family as some of his greatest gifts.

Discover how to lead with virtue and spread goodness to others.

Get your excerpt of Wisdom for Good Founder Tony Klemmer’s New Manual for Living.